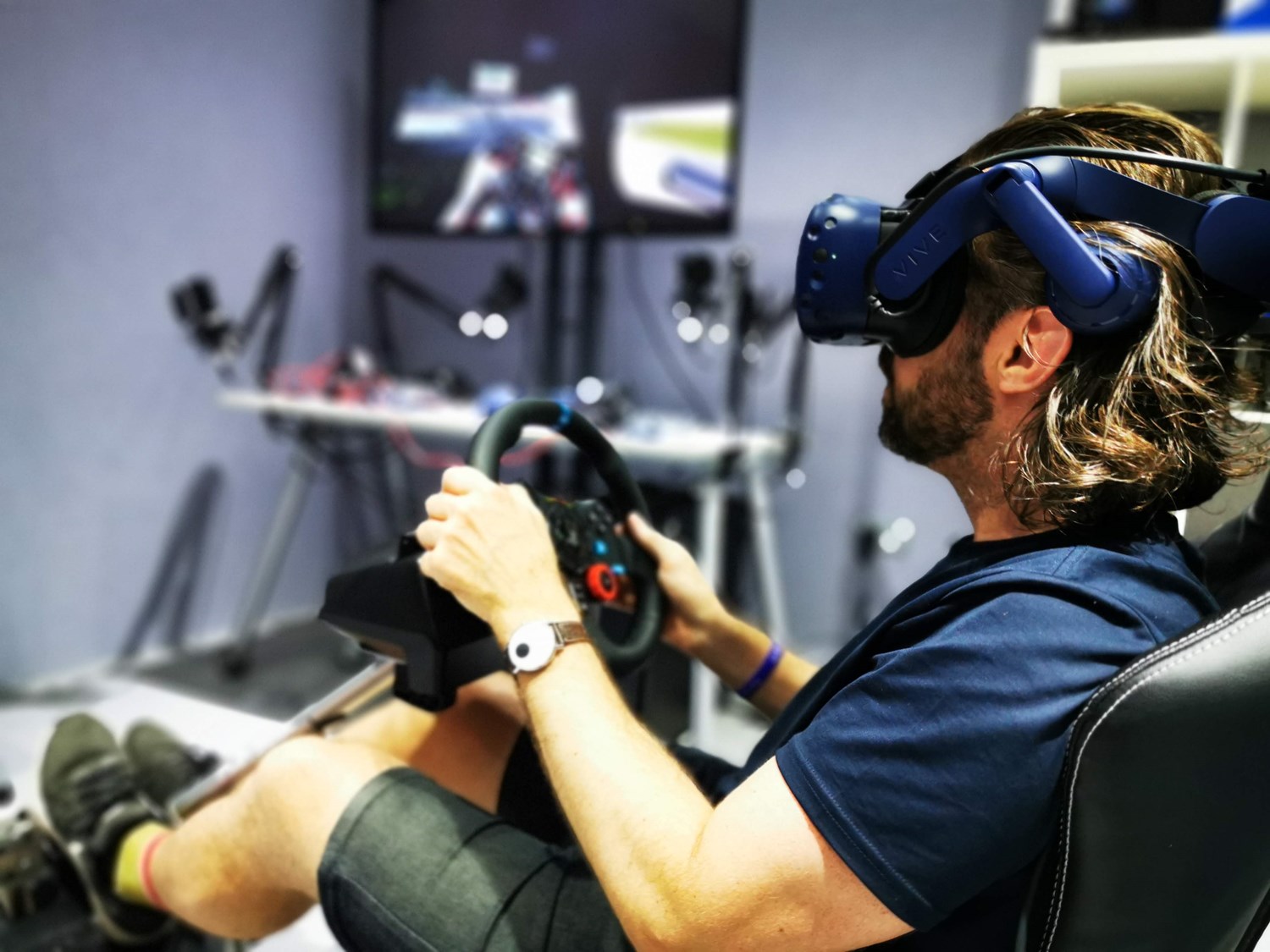 The variety of immersive equipment available at the FuseBox through the Brighton Immersive Lab has provided some exciting opportunities for experimentation. Recently, the FuseBox has added a driving simulator setup to it’s growing collection of supplementary hardware.
In an attempt to see how our “prosumer” setup compares to the real deal and top of the range installations made by the likes of McLaren. We invited Simon Scott, former British Kart champion with over twenty years of experience in automotive engineering and a particular passion for driving simulators to come in and test ours. 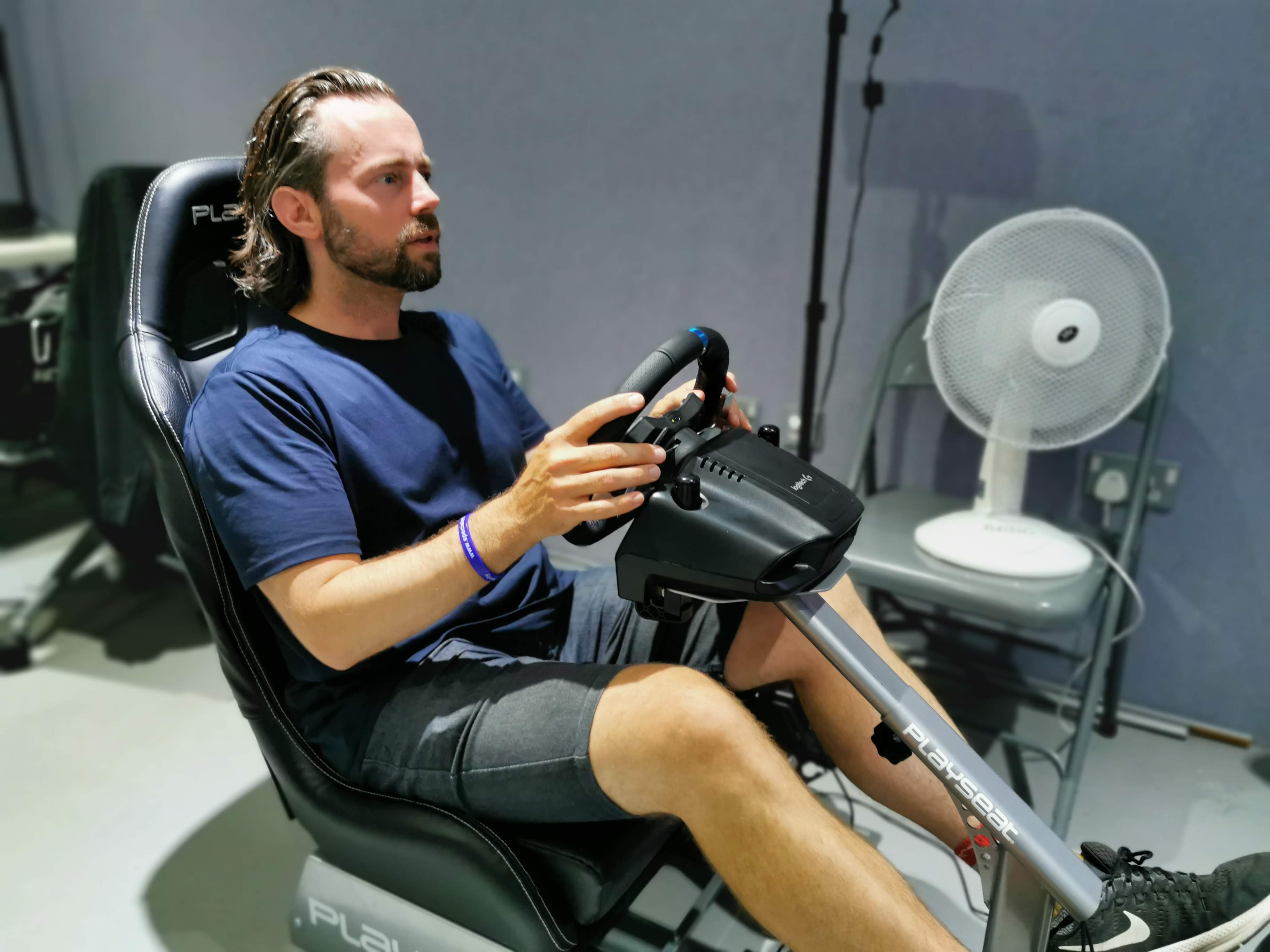 The hardware that we used, although potentially pricey is readily available for those willing to make a commitment to VR driving. Our setup consisted of a Logitech G29, a Playseat Evolution and a Vive Pro.

“A nice and desirable home setup, definitely an upgrade from console thumb-controls, and what I always dreamed of as a kid.”

While driving setups like this are fairly common they are rarely paired with high fidelity VR headsets such as the Vive Pro. A more common solution would be a single large screen or multiple smaller screens for a more wrap around experience.
We chose to use the game Project Cars 2 as not only does it support virtual reality but the developers “Slightly Mad Studios” have spent a lot of time perfecting the tracks and performance characteristics of the cars to match the real world environments.

“It’s quite extraordinary! Very impressive. The track and environment are representative of the tracks I know, the vehicles and their different dynamics are fantastic fun, especially how the cars pitch and roll and slide differently to each other.”

We began with Simon driving laps around Brands Hatch, a track which he not only is familiar with but has actually driven around before in real life. We started out in one of the tamest road cars available in the game, a BMW M1, and for these initial laps we ran the application through a large TV screen to establish a baseline without virtual reality.

“This felt a little strange…like driving a car but without being able to look out the side windows, as I could only access the view of dead-ahead the vehicle, so I had to guess when to turn into corners as I couldn’t see apexes until the vehicle was close to them.” 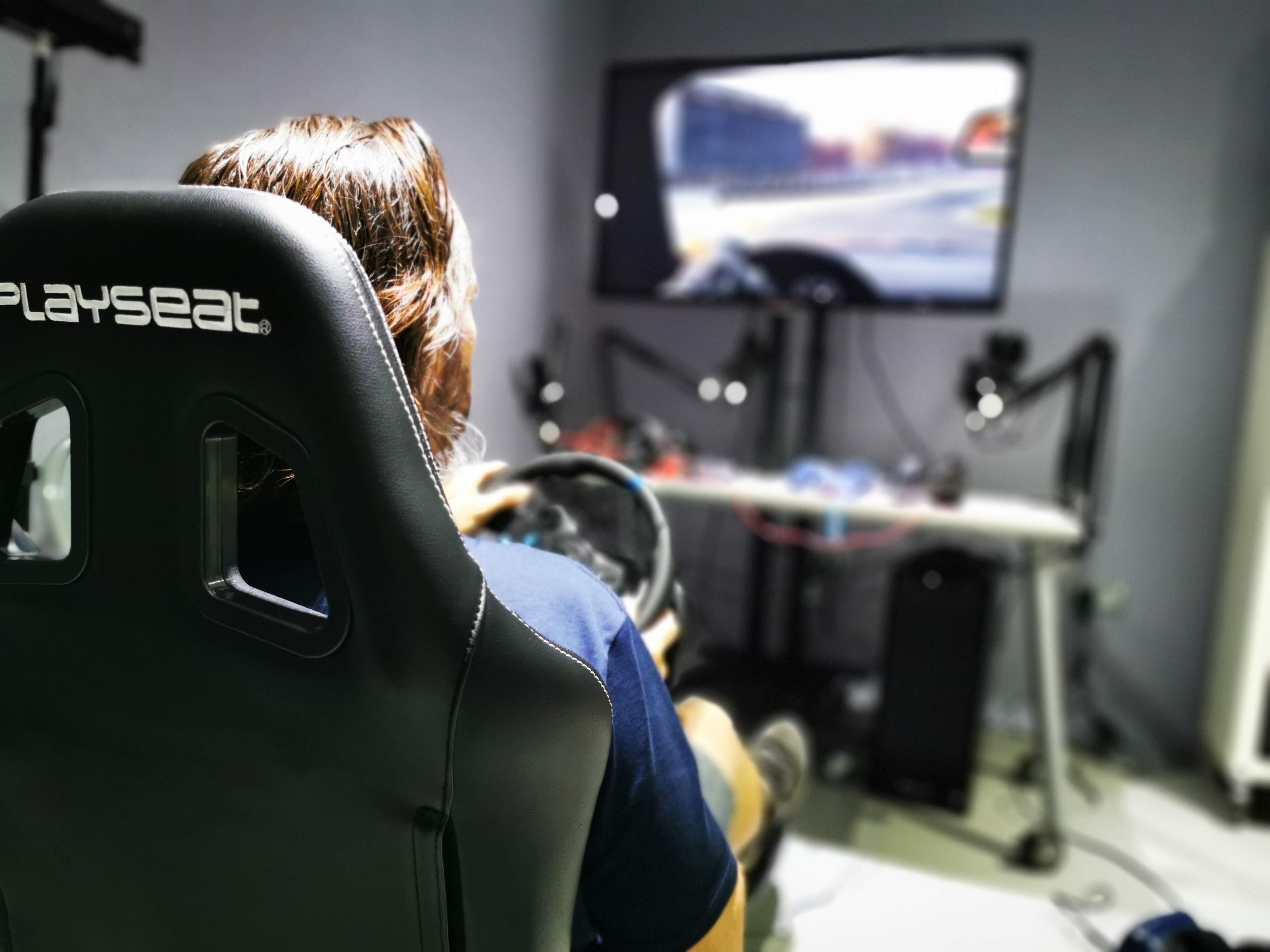 During this time, Simon noticed an apparent delay between his inputs and the car itself reacting. In addition, the reduced field of view provided by a single screen proved challenging as it made anticipating corners very difficult. The field of view became more of a problem as we moved to some of the sportier cars, which further reduce what you can see out the window and how long you have to react, especially on the small Brands Hatch track.

“Compounding this difficulty was the lag between my steering or pedal input, and that being applied in the game, this made the game almost unplayable. I had to constantly try calibrate to this lag, so I would steer into the corner before wanting to, as the lag would mean I would turn in later, very difficult, especially when correcting slides as I knew my opposite lock would be applied in the game late, so I had to over-react, which made fine-tuning of catching slides very tricky.”
“This was fantastic. Instantly I found I was naturally orientating my head to look through corners, looking where I wanted to go, which is how it happens in real-life, and my lap-time improved dramatically, as well as my enjoyment and satisfying and feel of being ‘at one with the car’. Also the issues of lag disappeared, so wasn’t a factor, I’m unsure if that was originally a hardware issue.” 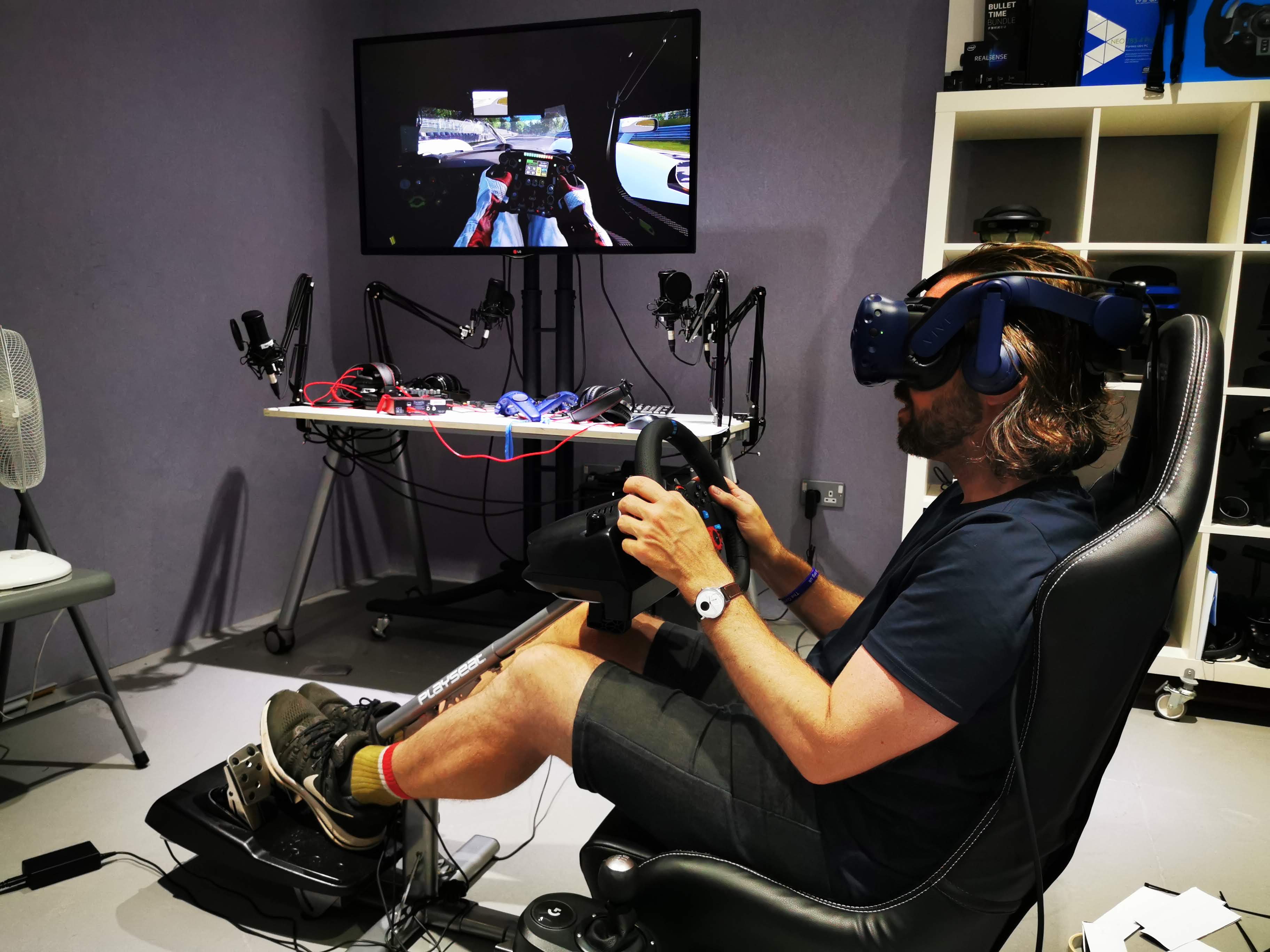 It was excellent fun having Simon in the space and it was clear from just talking with him the immense amount of experience he brought along. In addition his excitement was infectious and we are pleased he enjoyed his time using our setup.

“It’s really satisfying to see what consumer sim rigs can do, the strong physicality aspect also fuels the sense of achievement, and with VR it really becomes a setup that many would dream of having at home.”