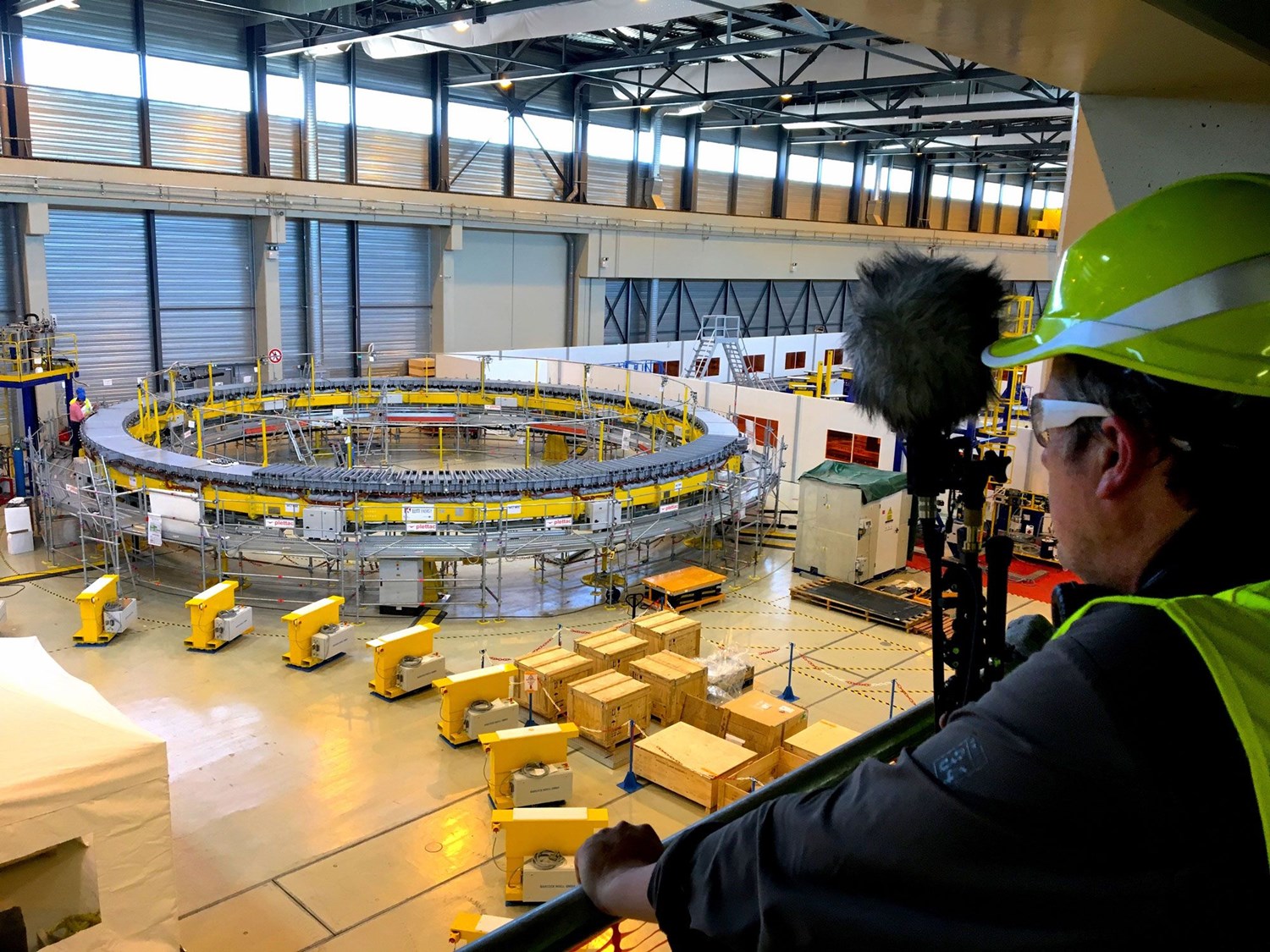 FuseBox resident Julian Weaver, founder of Finetuned kindly took the time to share his background and insight into some of the exciting projects he has worked on since becoming a FuseBox resident.

Can you tell us a little bit about yourself and your background?
I’m an artist, researcher and creative technologist working across a broad range of interdisciplinary and research projects in the arts, academic and corporate sectors. I come from an arts background specialising in music composition and video artwork.  However, I started programming in 1991 while composing sound for the interactive ‘screenwork’ created in SuperCard by veteran text artist Jeff Instone.

I then taught interactive media at the undergraduate level for the latter half of the 90s and worked as a freelance developer for games and tv companies. In the 2000s, I project-managed, built a lot of websites, webapps and custom software. I squeezed in art commissions, exhibitions & curating along the way.

Finetuned is the umbrella company for the diverse, creative, technical work that I take on. I regularly work with audio and am often (literally) in the field, recording micro- and environmental sound.

How did you become a FuseBox resident?
I was initially interested in the Arts Driva programme at the Fusebox, but I also had a tender in the pipeline for a hybrid AR/ARG (Alternate Reality Game) project. We won the bid, and I became a resident on that basis.

Can you explain what you have been working on?
I’ve been managing and creatively directing a team to deliver the aforementioned AR/ARG project. It’s a companion application for a new touring exhibition on Fusion Energy. It is commissioned by EUROfusion: the European Consortium for Fusion Energy, which consists of a network of fusion research bodies across Europe.

The application uses AR as part of an interactive fiction in a series of ‘treasure hunts’. The first of these is designed to provide players with the foundational knowledge of physics used in the development of nuclear fusion energy before they physically visit the exhibition.

What initially attracted you to this research/work?
In 2018, I was working on a collaborative research commission for the Geohumanities department at Royal Holloway University. The early career researcher Jol Thomson and I were examining the role that fusion energy might play in the creation of earth futures.

The lines of inquiry I was following in the research began to show possibilities for changing the way fusion energy research represents itself: both to people working on fusion and to broader publics. I have always been interested in the potential for interdisciplinary work to effect real change, so I was thrilled to find out that it was also of interest to EUROfusion.

What has been your biggest challenge so far?
Communicating my vision across disciplines has proved very challenging. It’s a very complex project with multiple teams in different disciplines working on discrete parts.

While the overall project has specific objectives, teams and individuals have their own perspectives. It’s one thing, for example, to persuade a software engineer that content is of equal importance to game mechanics. It’s another level entirely to convince a plasma scientist with an unshakeable belief that physics is real, of the validity of another perspective, that views physics as an interpretative framework invented by humans!

And proudest moment?
When experienced users of immersive technologies cast an AR portal in the application, then say ‘oooh!’

Do you ever struggle to get other businesses, especially potential clients, to understand the value of what you offer?
As I work cross-sector most of the time, it can be hard for clients to comprehend how specific value from another sector might apply to theirs. But other principles are shared across industries. For example, identifying differences between what clients want and what they need. The value in successfully communicating that can often be a deciding factor.

How has the FuseBox helped you?
It’s a hothouse atmosphere with a lot of people doing a lot of exciting things. It’s an open, stimulating environment that allows residents to share knowledge, ideas, skills and more.

Do you think it’s more important to collaborate as a company that utilises emerging tech? (Why?)
As a small company, yes. The immersive landscape is changing rapidly, and it’s challenging to keep up when you’re deep into one or two projects. Collaboration provides flexibility,  broad skill sets, and faster onboarding for different platforms which, because of their emergent status, can be idiosyncratic.

What events and projects have you taken part in since being a FuseBox resident? (Please give details)
I’ve attended most of the Immersive Meetups and Show & Tells in the last year along with a fair few lunches with visiting speakers.

I work a lot with sound, so I’ve kicked off a project to set up an ambisonic rig that other fusebox residents can access. I’ve rounded up several acoustically-interested residents to explore the possibilities of what an expanded sound field might have to offer VR experience.


How do people find out more about you and your work?
Check out finetuned.org for company projects or hypo.io for art projects