Anna Bagley
We caught up with our FuseBox resident Richard Dyke, of Un-Real, to find out about all the exciting projects he's working on, and how he got to where he is today.

I have been in TV, video and film production all of my career - I started out at the BBC and ended up in advertising. Un-Real is a virtual production platform. The project came out of my consultancy work for large companies looking to streamline their production workflows and control their advertising production spend.

"Un-Real is what the Americans call a Third Age start-up ie. start-ups by older entrepreneurs who do not have enough good sense to just retire gracefully."
I have been developing the project in my spare time for the past three or four years and it has just grown and grown. I have tested to death a very wide range of hardware, software and communication protocols, spent far too much time in data centres wearing shorts and a ski jacket and, working with the open-source community and my own developers, built a very comprehensive software platform containing close to a million of lines of code.

I was used to working around Media City and Soho where I have worked most of my life but at the beginning of last year I moved to Brighton to be near my beautiful new granddaughter, looked around and discovered the Fusebox, saw names like Wired Sussex, Digital Catapult etc. and it seemed like the perfect base to move this forward. The connection with the 5G Testbed was also quite critical because I see Un-Real eventually, in one dimension at least, as a private 5G network.
“5G is somewhat over-hyped but it does truly offer the performance, flexibility and affordability that I need. It is a question of finding the right path through the evolving maze.”
How has being a FuseBox resident benefited you?
I like the industrial chic of The Fusebox, but particularly, I like that there is a working community with real projects being progressed and plenty of space so that you are never too much in each other's face but close enough to feel you can strike up a conversation at any time. And everyone is doing such amazing things.

There is a lot of VR going on here and that has given me some ideas for new applications of Un-Real. I spent quite a lot of time looking at immersive technologies at the very beginning. So, to me, it seems to have been around forever but it clearly still has massive potential and 5G will probably make it all happen.

So Un-Real effectively came out of my consultancy work and was driven by needs expressed by my clients. In that particular context, and at its most limited, it offers a virtual production agency model for brands looking to take more control of their creative work.

But, at its most ambitious Un-Real aims to re-define the media production landscape in the same way that Uber has refined private vehicle hire and Airbnb has redefined the holiday lettings business. 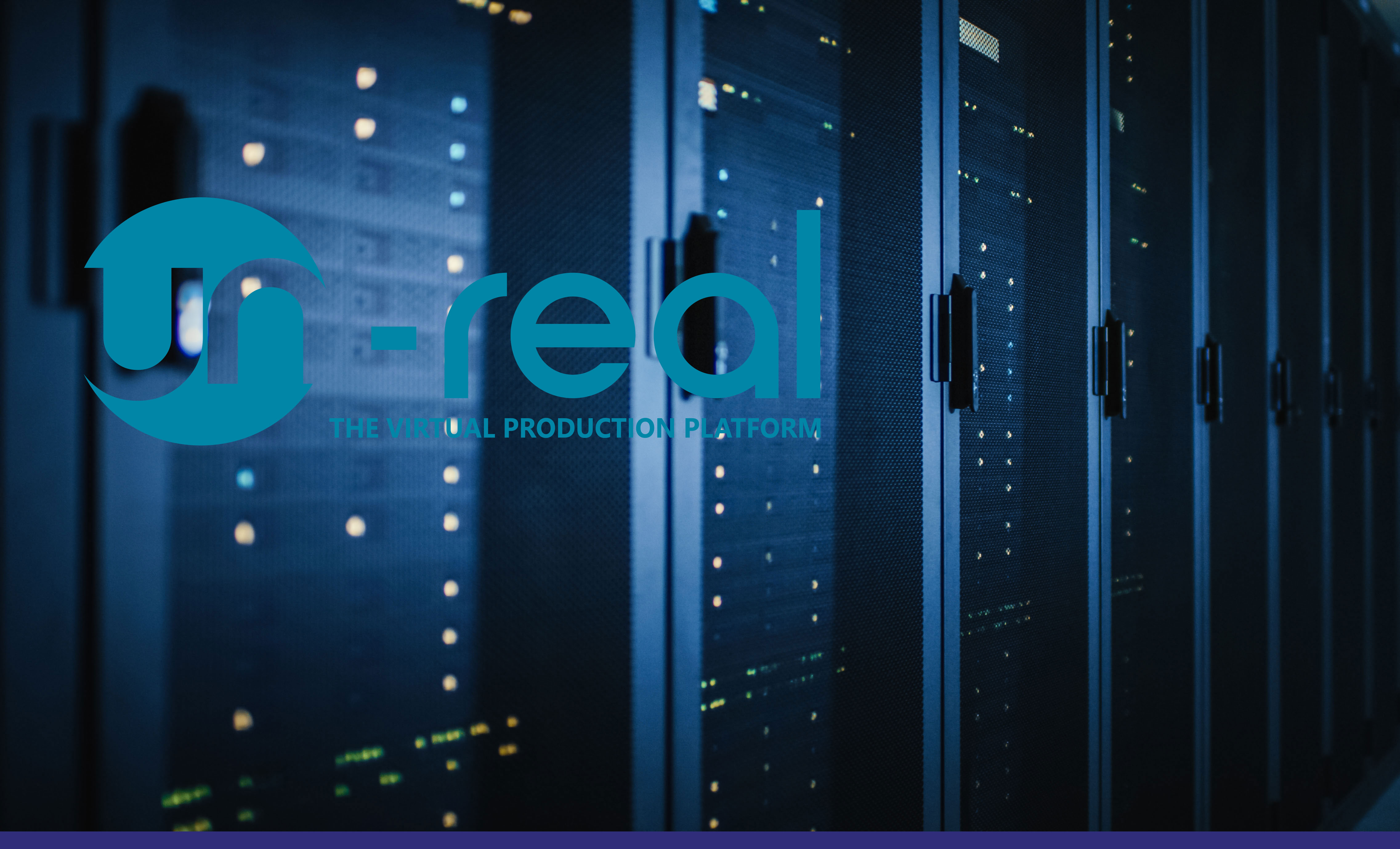 At a more modest level, it can drive the peer to peer economy in the creative sector and help it move from a notoriously capital and resources intensive, capex-driven model, controlled by powerful gatekeepers such as broadcasters and advertising agencies, to a more open and level playing field - a flexible pay-as-you-go virtual model.

It was actually conceived long before Covid but the (probably now unstoppable) move to home-working during Covid very much feeds into the idea. But remote working for creatives is a different game.

The end-user experience has to be much closer to the experience they are used to when using a powerful computer on or under their desk. Frame rates, latency, colour and audio fidelity are all much more critical components in the experience. Also the size of the files they need to work with and the multi-layered complexity of the tasks require that they work within a high-speed connected ecosystem of file delivery systems, storage servers and render farms as well as the need to share work securely and easily with collaborators and clients. And, believe me, none of that is as straightforward as it may initially seem.

Digital transformation has already made significant inroads into the media production industry. It started with file-based production and file transfer, moved quickly into work collaboration, content and file sharing, transformed content storage, and is now doing the same to the execution, post-production and delivery processes. 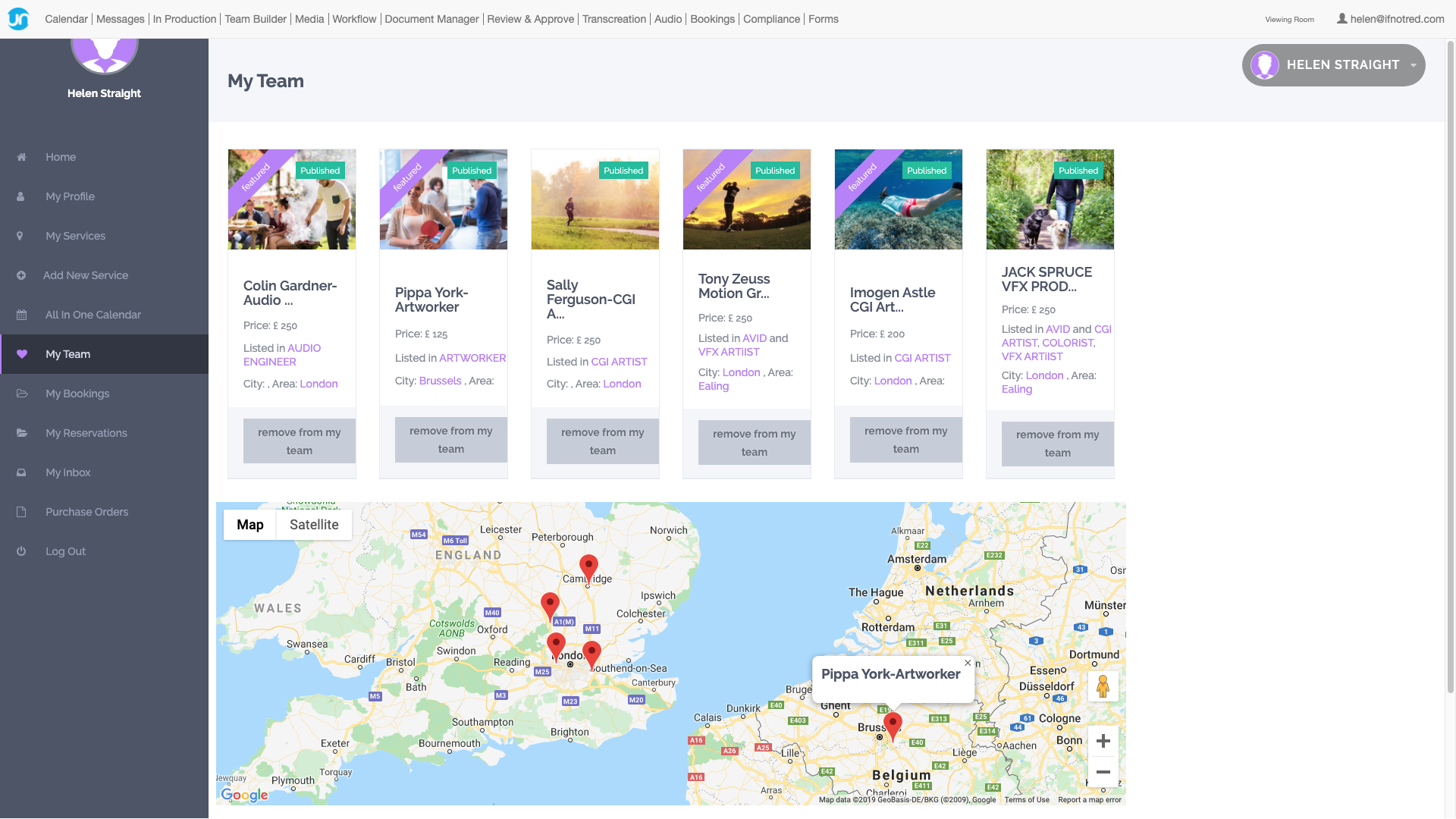 So it is nothing new, not anymore, but what Un-Real does is provide a platform to bring these technologies together to enable the creation of a bespoke system or workflow for a given need.

Imagine a virtual in-house creative agency, a virtual production company, a virtual post house. Imagine a flexible and seamless production environment in which ownership of resources is not a factor, time of day is irrelevant and distance is truly no object.

It is sometimes mind-boggling how many new technologies there are around - for everything. My own take is that increasingly people need virtual systems which combine and integrate groups of these technologies for a given requirement - exactly as was the case with their mechanical predecessors. This has always been behind my thinking on Un-Real.

What are your future plans for the projects you have created?

I was recently admitted as a start-up member of the  Brighton Digital Exchange which provides the perfect environment to hone and finalise the hardware and software configurations of my testbed server architecture. I am working on setting up a trial network of freelancers in Brighton and London - either a standalone 5G network or a hybrid network - working to the BDX, to offer that as an opportunity for interested parties to trial the concept and as a basis for collaborations with others.

This will potentially provide a surer path to market rather than just asking someone to throw money at it, although do not let me deter anyone!