Helen Brown
FuseBox resident Piotr Nierobisz is a creative technologist who runs a small studio using innovative technologies to create unique experiences, called Munchingsquare. We caught up with him to find out about all the exciting projects he's working on as well as how he got to where he is today.
Can you tell me a little bit about yourself and your background?
Probably the best term to describe my position is a creative technologist, as my background is multi-disciplinary.  I run a small studio called Munchingsquare where I tackle challenges together with a network of trusted collaborators.

My education was in Film and TV production, however, to fund my study I worked as a news editor and camera operator. I did a solid amount of graphics/motion design and spent a few years as a professional projectionist (VJ) in the events industry. Once I moved to London, I  focused on work as a developer and gradually became involved in more complex projects with different programming frameworks like Openframeworks, Unity, Unreal, Touchdesigner, SparkAR with all sorts of hardware involved such as sensors, depth cameras, VR headsets, AR phones, projectors. 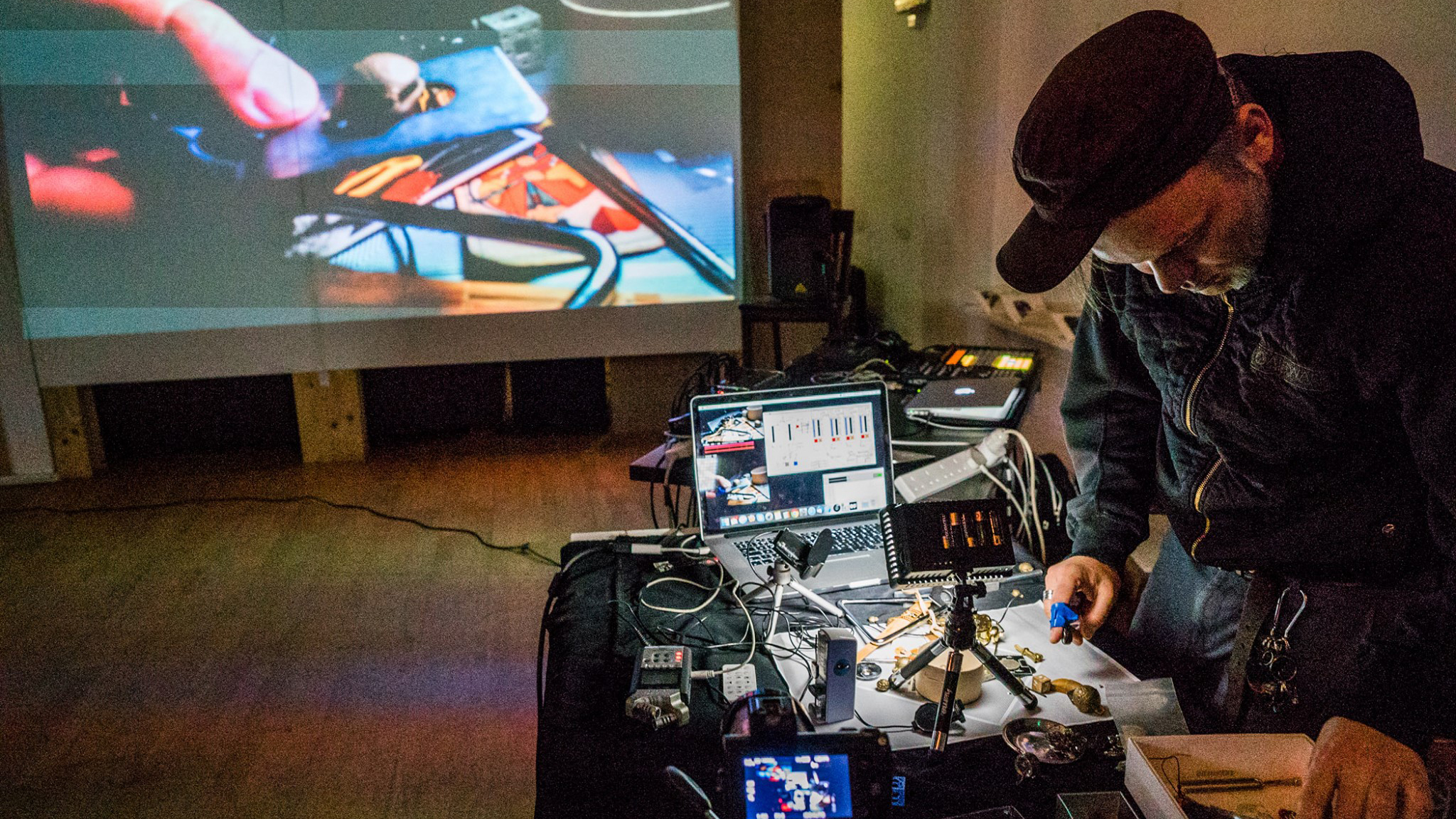 So now, depending on what the project requires I switch between different hats, whether that be a technology consultant, developer, UI/UX designer, producer, project manager or all of them at once! The common denominator is the innovative use of technology. 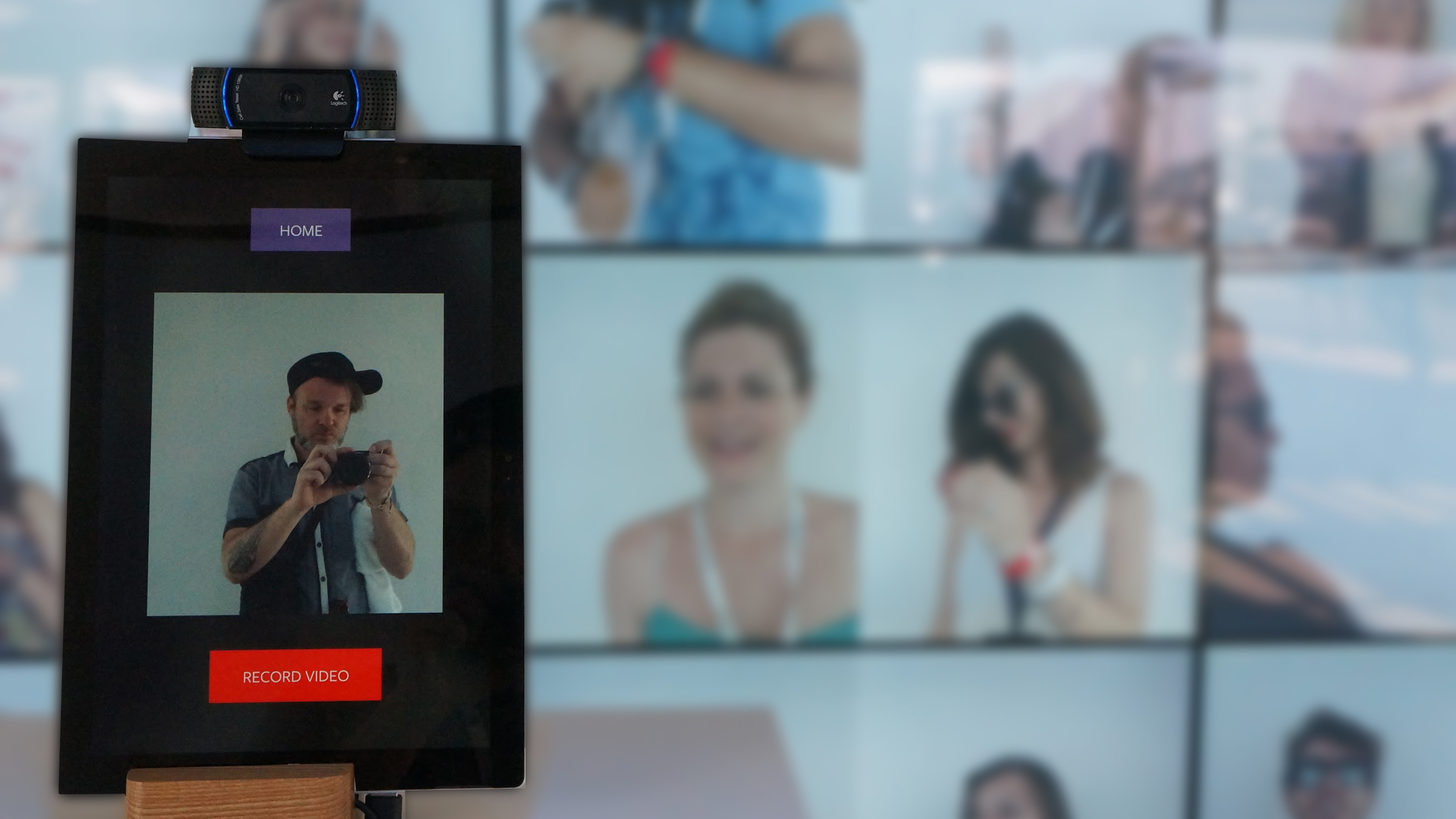 Tell me about the projects you've been working on?
Fresh out of the oven is Ride with VR which I created for StudioGOGO. It’s a “Twister VR” fair ride on Brighton Palace Pier which you can try with VR goggles on. The proprietary technology, developed by StudioGOGO, reinterprets the physical motion of the carousel. It allows you to move through the vast virtual space rather than just around in a circle. Using this technology I created the full experience using VRdesign tools like Microsoft Maquette, Tilt Brush and Google Blocks, scripted it then optimised it for a mobile VR headset. It took a lot of literal headaches to balance the motion sensor so that it’s exciting but doesn’t trigger motion sickness. 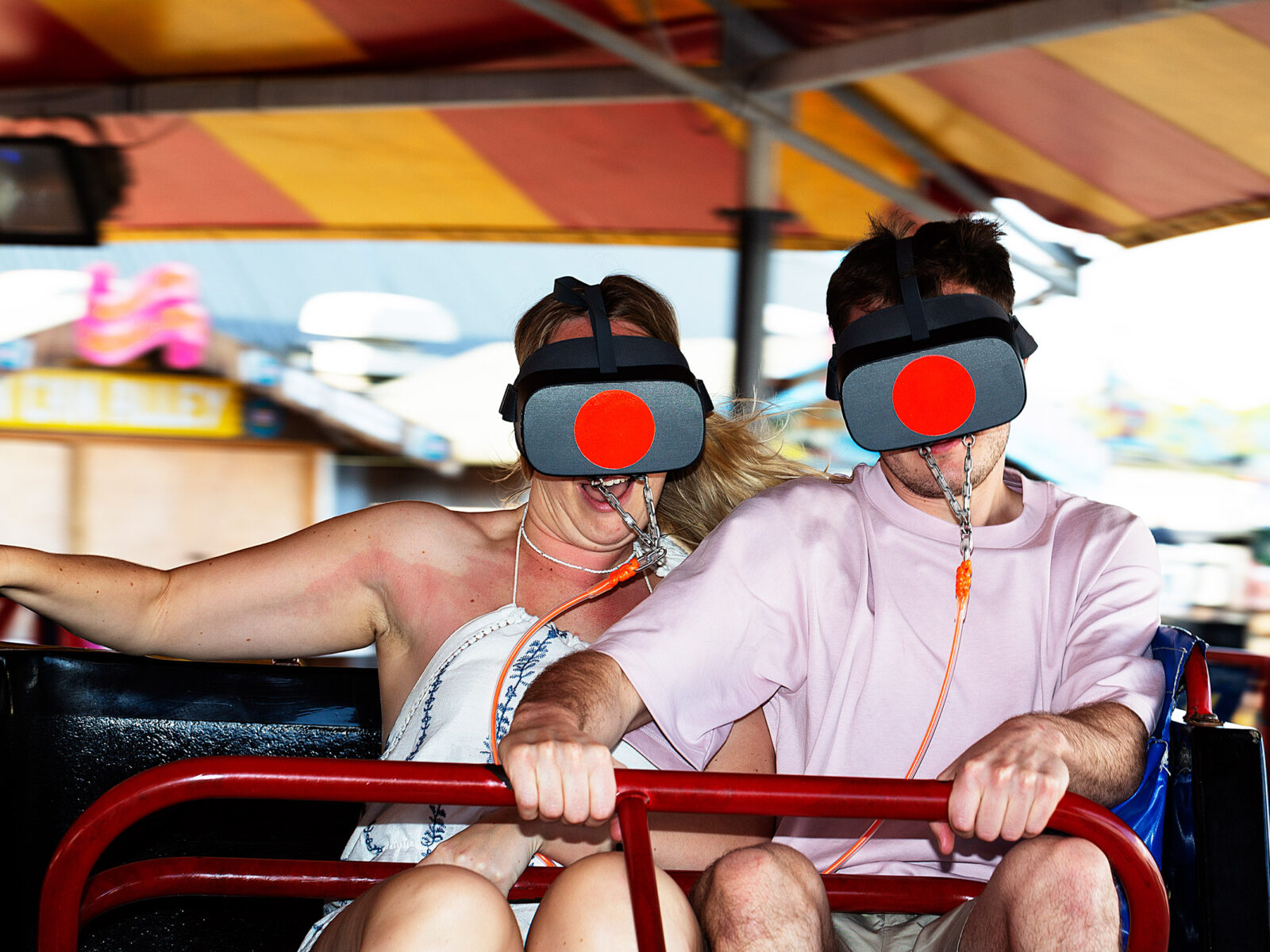 Earlier in the year, I developed a huge Mozilla Hubs project for the government entity in Ireland.  It consists of 6 virtual environments crafted around education on how to behave on the road.  It allows a teacher to work with a class of 12 students remotely and it works on almost every device which can access the internet.  This project is still being updated as we add more environments and interactions. 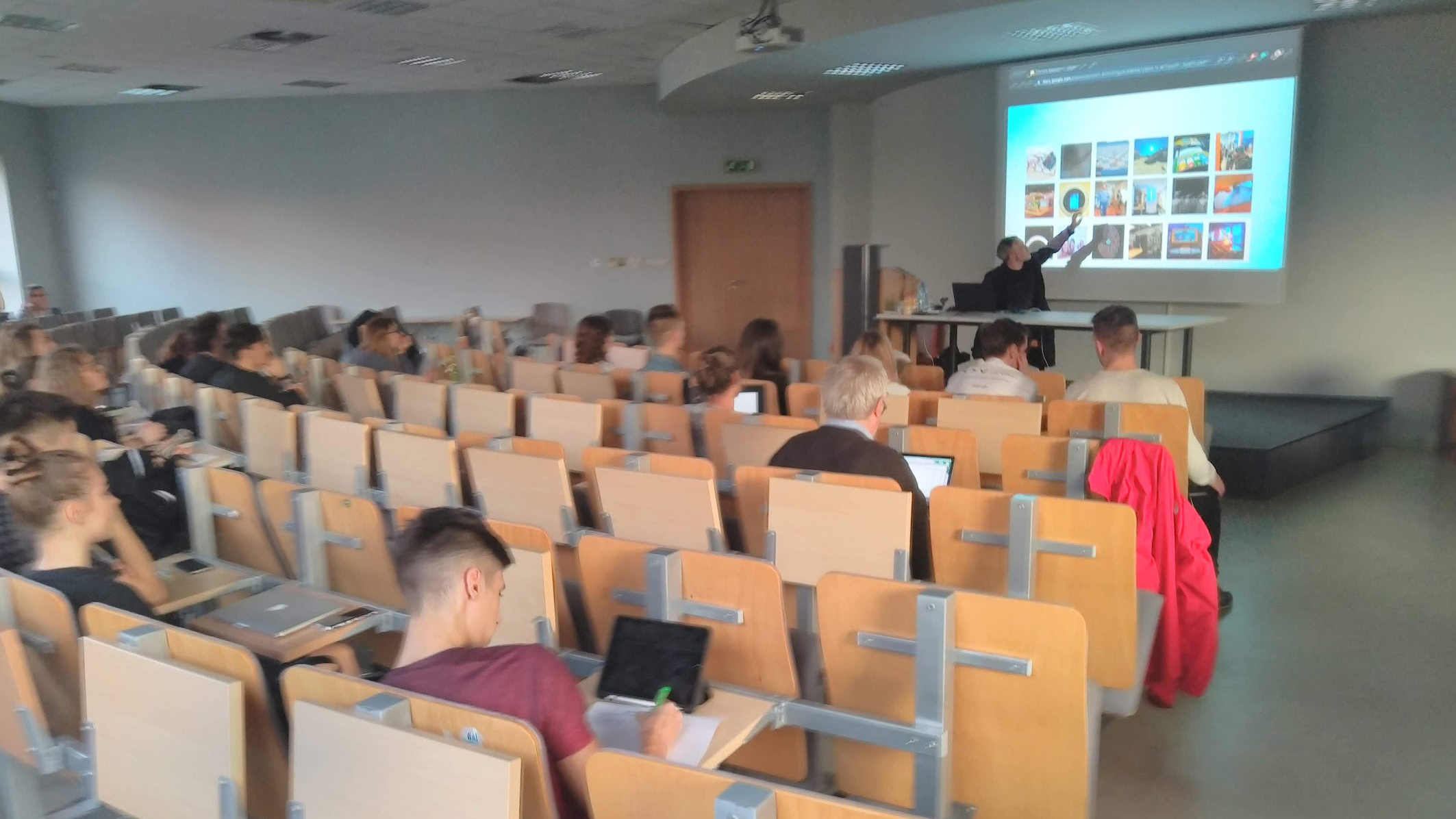 The past year has presented a lot of challenges, has that changed the way you've approached anything?
I have always been a big advocate for remote working. Embracing it globally has been something positive that has come out of the pandemic. Pre-pandemic most of my clients in London required my presence, but going back and forth just to attend meetings, always felt time-consuming. Right now, people are used to Zoom calls, so it's great that people have accepted this way of working is just as productive.

During the pandemic, the social VR world exploded and I really enjoyed experimenting in virtual event spaces. I did a lot of research into it and I believe these experiences are still in their infancy, so I’m trying to engage more in that space. It’s challenging though, as most of these kinds of projects are not sustainable, mostly because of badly designed end-user experiences.

Also, the NFT explosion was a pivotal moment during the pandemic. I’m not a blockchain advocate, but I do believe NFTs will be the building bricks of the metaverse and this is just unavoidable. To have any sensible discussion around that topic was sometimes really challenging, as there is a lot of prejudice and negative PR around blockchain.

How long have you been a FuseBox resident and how has being a FuseBox resident benefited you?
I have been a Fusebox resident for 2 years now. I believe the FuseBox is a very important place on the Brighton map - it’s almost like a local centre of gravity. It's allowed me to meet nice people, foster new business collaborations and exchange ideas. It’s really great that the FuseBox exists and if you are wondering whether it’s worth being a resident it certainly is! 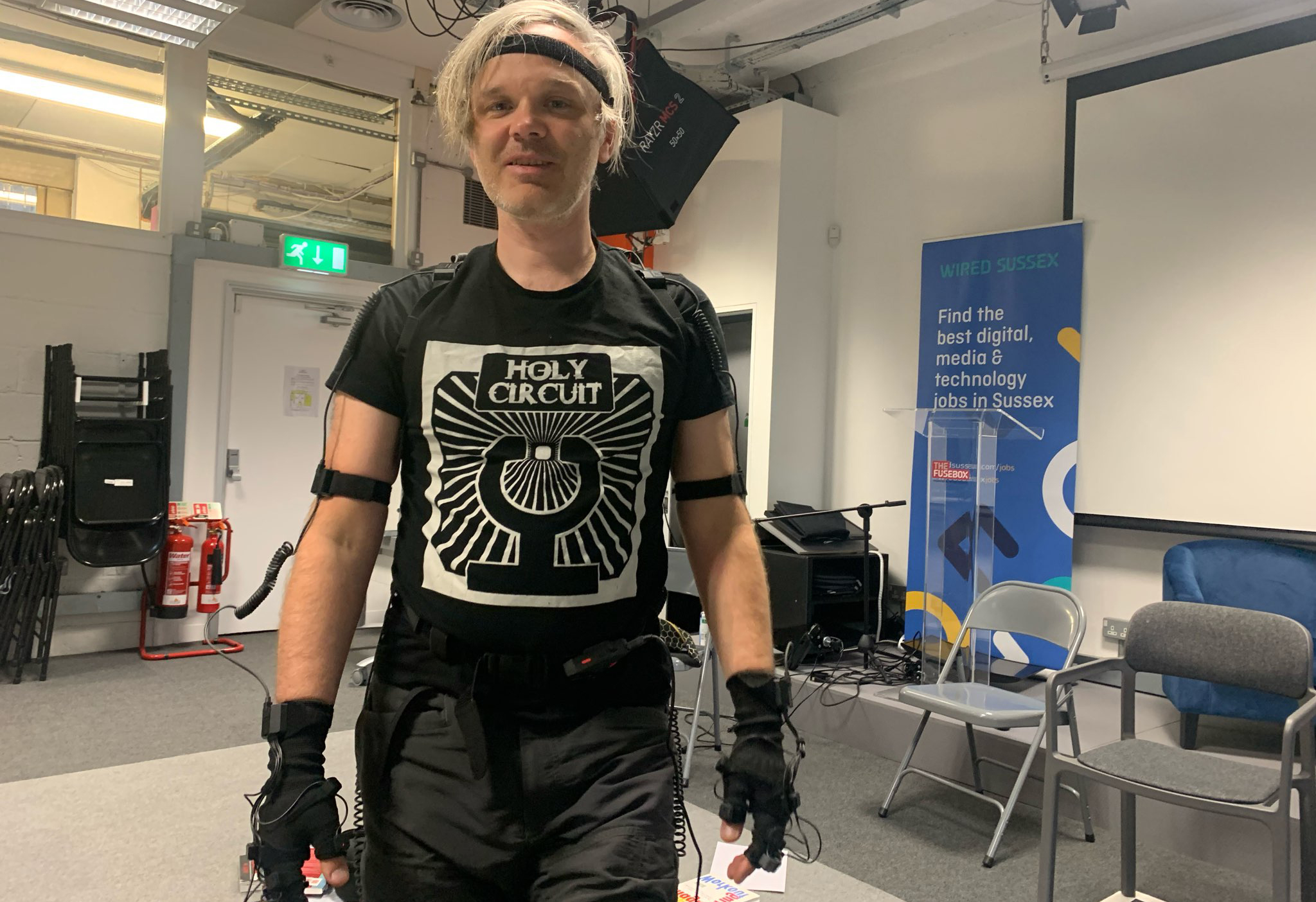 What are your future plans with the projects you have created?
The main focus for me now is a VR movie called Darkness VR which has entered its production stage. I received funding from Łódź Film School to make it and it’s a completely new chapter in my personal development. This time I have even more new hats to wear – I wrote the screenplay, I'm the director and I act as a movie producer. It’s almost like all my past work experiences have finally converged.

The movie is a VR adaptation of a poem called Darkness by Lord Byron. The poem describes the extermination of mankind, caused by the unexpected vanishment of the sun. It is inspired by the real events of 1816, the so-called “Year Without a Summer”. That summer, the sky was covered by volcanic ash from a massive eruption by the Indonesian volcano Mount Tambora. The volcanic winter caused severe weather anomalies described in reports as “August frost”, "dry fog" and “weather backwards”.

The present climate emergency is a perfect time to be reminded of this “Little Ice Age” from more than 200 years ago. The hair-raising story of civilisation collapse will be reinvented for modern audiences - set in a cyberpunk world, in 360 degrees, spatial sound, with completely bleak retrofuturistic colours.

Other side projects which I’m trying to lift off the ground are a monthly audiovisual performance streamed in mixed reality and an AR+NFT alternative fashion brand.
Find out more about Piotr and his company Munchingsquare here.
Become a FuseBox Resident.