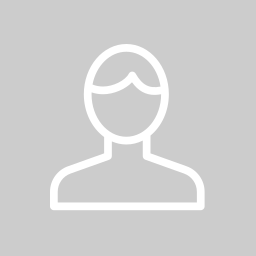 Can you tell us a little bit about your background and how you got into immersive?

The first time I ever tried virtual reality was actually in this building, New England House, during the Brighton Digital Festival in 2012. It was an Oculus DK1, I didn’t overthink it at the time and didn’t go near VR again for a very long time.

I studied anthropology for a year in Japan at university and worked for the NHS for a little bit. I was processing referrals, and whilst it was great to help people, I was unfulfilled and  always felt that I was staring at the clock, waiting for Friday.I realised that’s not how I want to spend the rest of my life, and during that  I got invited for an interview at Fabrica, a local gallery, housed inside a Regency church in Brighton. I worked there for a few years, and it allowed me to discover how incredible contemporary art was. After that, I moved to Lighthouse, which does some incredible work around contemporary digital art and film. I fell in love with storytelling and so found myself looking into careers in film.

In January 2014, whilst still working at Lighthouse,  I went on holiday to Thailand for a couple of weeks. While I was out there, I became quite unwell and ended up having a psychotic episode - alone and  travelling across the  country.

Whilst many moments were of course, incredibly frightening, much of it was also a deeply beautiful and special experience. I was lucky to be totally unscathed from the experience (despite almost getting stranded at sea in a broken down boat). However, when I came back, I went through the healthcare system and felt deeply frustrated by the whole process of speaking to psychologists and doctors. It’s a terrifying moment when a psychologist  says, “Your brain’s broken, would you like some lithium?” I felt that the communication was broken and I wanted to tell a story about what that experience was like. I started to write a short story or a short film, but it felt quite self-indulgent in many ways to write a story about myself, so then I rediscovered VR and realised what a fantastic storytelling tool it was. This led me down the path into what I have been doing the past few years of exploring the ways virtual reality can improve healthcare and help patients feel better understood. It started around the intersection of social storytelling and virtual reality but has now moved into discovering the multifarious ways that VR can be used in healthcare.

Discovering the arts and health movement was an exciting moment. The fact that arts-based experiences are now being prescribed to people with low-level mental health problems is an exciting new initiative. Research shows that by engaging in creative, community based activities can improve mental and physical health outcomes, and has the potential to reduce our reliance on pharmacological interventions such as antidepressants and painkillers.

Before I joined the FuseBox, I was living in America doing some research out there. I decided to move back to the UK and knew very quickly that I wanted to start my own VR company and wanted to feel part of a community and not just work in isolation. I was aware of the FuseBox, and  applied for a residency from the US. I had my interview and started at the FuseBox just four days after arriving back. As part of the interview process, Chris made me play Beat Saber. I’m surprised I was allowed to join considering how terrible I was. Things have improved since...

Do you think immersive technology is becoming more accessible?

It is changing tremendously, having standalone headsets like the Oculus Quest which you can take out in a backpack are doing amazing things for virtual reality because you can now show people VR content immediately. When you look at the history of any significant technology and how long it takes for something to see mass adoption, then we’re still, in many ways very early on in that development. VR has been around in one form or another for at least 30 years however the real innovation has happened in just the past 4 or 5.

For new technologies to be adopted on mass, there needs to be clear  practical applications, and for a long time, I feel that people haven’t understood them. That is where I think training, enterprise and healthcare comes in, as immersive technology provides something unique, that is cutting costs, and is allowing us to do things that would otherwise be impossible or impractical. A growing body of research is showing how powerful this technology is, and therefore, we shouldn’t just be focussing on the financial implications of this technology, as there are a number of ethical and moral dilemmas that it also brings (check out the presentations and research by Kent Bye (Voices of VR Podcast) and Kavya Pearlman (XR Safety Initiative) on this topic if you’d like to learn more)

How do you introduce people to immersive technology?

I do a lot of work around raising awareness of the different ways that VR can be used in healthcare. VR can demonstrate its own value, and it’s just about illustrating it with really great examples data behind it to back it up. There is a huge amount  of data available now, but we still need a lot more, and we need it to be centralised.

We need organisations and government bodies on board that understand the value in immersive as well since at the moment there’s still a real lack of understanding. I think the issue stems from the fact that VR, in particular, isn’t like other digital health applications and that it has predominantly been seen as a part of the entertainment and gaming industry.

So I am juggling three different hats at the moment. I am currently developing a product called “Hatsumi,” an adaptation of Japanese word meaning to see something for the first time. I’m exploring how you can make invisible experiences of pain and mental health  visible through 3D drawing virtual reality.

A few years ago, I was working as a VR and mental health curator at a festival called the Big Anxiety Festival. There I discovered this arts and health research method called body mapping where traditionally, you would trace around your body on a large piece of paper. From there, you go through a mindfulness experience where you draw on and visualise chronic pain, highlighting the sorts of colours, textures and words that you associate with it.

Over the past couple of years, I’ve been working with technologists, healthcare professionals and researchers to translate that idea into a virtual reality experience. Similar to Tilt Brush and other 3D drawing experiences, but geared towards facilitating the whole experience of body mapping, we have been building in an onboarding experience, as well as ways to save and archive illustrations. We’ve been working with places like Brighton  Recovery College, a local  organisation that supports people with mental and physical health problems.

I also work on another project called Deep, which is a remarkable experience I actually first showed at the Big Anxiety Festival all those years ago and have been in love with ever since. Deep is a breath controlled virtual reality experience that has you navigate through a  beautiful, expansive underwater world through your breath, which is visualised in front of you.

I think it’s an excellent example of an artist-led experience that has been clinically validated. It was developed between an artist called Owen Harris and Niki Smit from Monobanda Play, a Dutch games studio. We recently opened a permanent  non-VR installation version  at the Science Museum in Amsterdam.

Finally, my other role is working with Immerse UK, an organisation that unites people working in immersive technology across the UK. I work as their healthcare lead, and over the last few years, I have been developing conferences, roundtable discussions, innovation springs and touring series with Barclays Eagle Labs around VR and health. More to be announced about that soon.

I’ve had loads of lovely moments, but I think the one thing that stood out to me was in October at Fabrica, which years ago had been my first job in the arts. They were hosting an exhibition by the artist Lindsay Sears called “Care Less” a VR exhibition around older people with invisible health conditions and I was invited to run a workshop there on (analogue) body mapping. We had huge rolls of paper and were let loose in the gallery illustrating pain using paints, pens, pastels

I loved working at Fabrica, and it completely changed how I understood what art was. Going from being an office manager there, answering the phones and doing emails, to being invited back as an artist workshop facilitator was a really special experience, and made me reflect on how important those first experiences were learning about the arts there, and the progress I’ve in the last few years